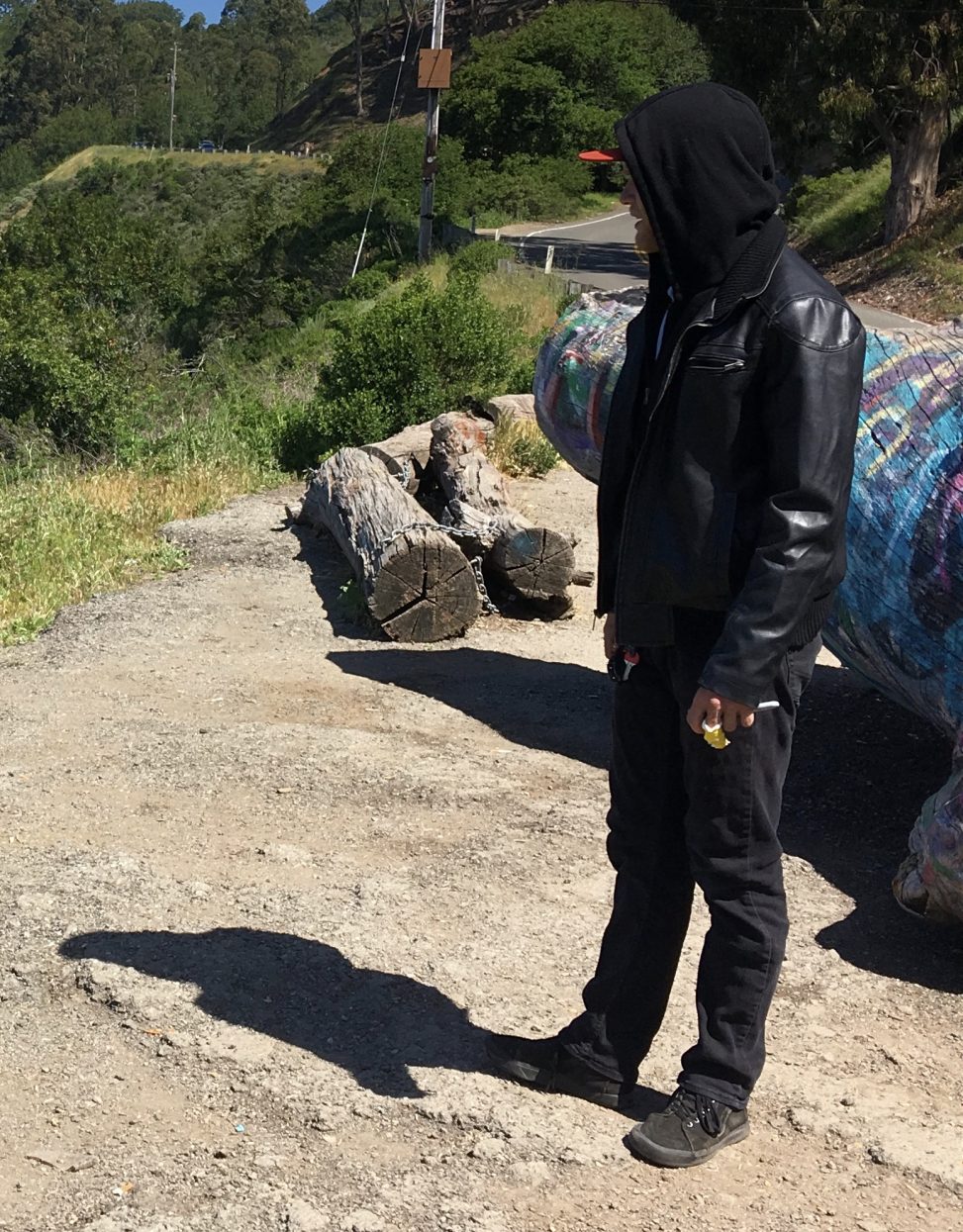 My interview with Stuart Russell had been arranged in the radio studio on the Berkeley campus with the Guardian listening in from London. Apparently the best views are from the Lawrence Hall of Science above the campus and so I typed it into the satnav and set off. Downtown SF was its normal muscular traffic nightmare and the Bay Bridge completely terrifying at least for the first section, but, having made landfall I was turned sharp right and immediately and confusingly found myself straight off the freeway and winding up a steep, narrow single track road. The normally prissy automated voice also seemed surprised to have me turn right on Fish Hook Lane and then continue along Grizzly Bear Turnpike. At a sharp bend a massive tree trunk lay with a bench shelf cut into it and it was completely covered in lurid graffiti, so I parked up and shared the space with a couple of stoners. We sat and drank in the view of the forest, the bay, the city and the docks.

Below us at the edge of the port were half a dozen massive white cranes. Each had four legs straddling the shipping containers and a weird neck-like jib. They were all perfectly aligned. It felt suddenly like we were being invaded. One of the stoners had also been struck by the image and claimed that the designer who built the fighting machines in the second Star Wars Movie was from the Bay Area and had used this view for inspiration. I’m not sure what the stoner and his buddy were using for inspiration but it was nice to share the slightly paranoid vision with them.