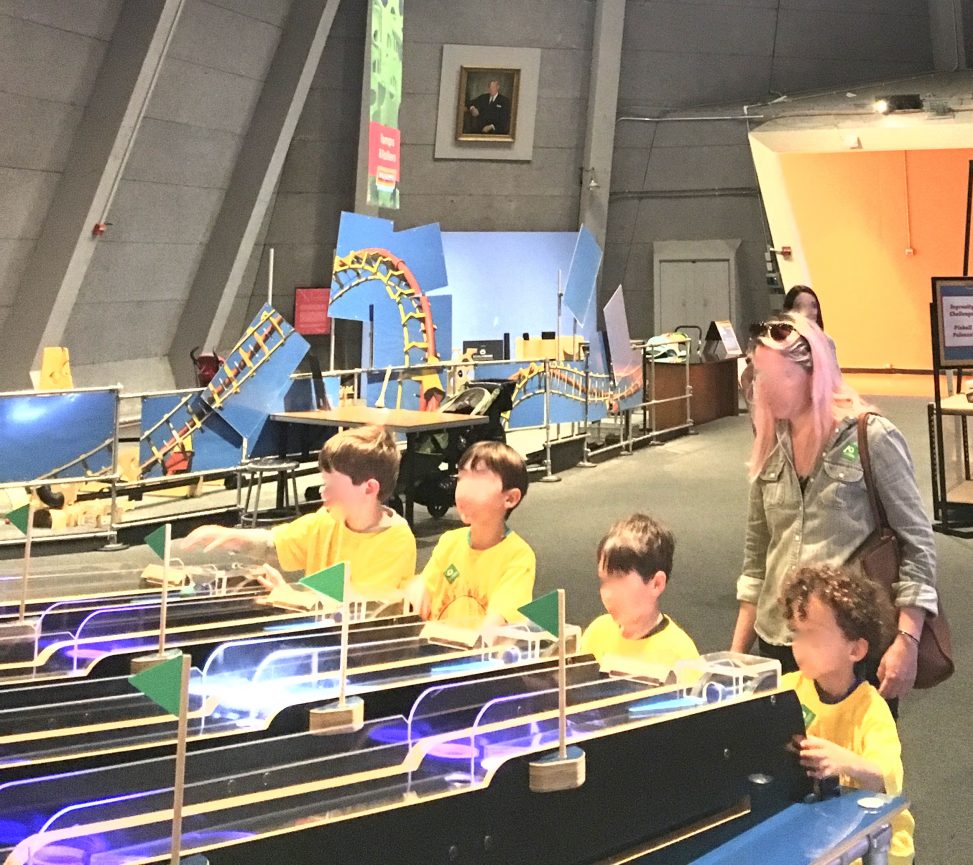 I continued on to the Science Centre and had my normal ambivalent reaction. It’s a striking building with, as promised, spectacular views over the city. The building itself is like a concrete spaceship which you enter at the top level and then circulate around and down. Most of the school groups were in workshops on the lower level and the exhibits were sparsely populated by rampant toddlers and their guardians. Given that the scientific principles that must be conveyed during a visit to such a space are largely independent of the location it’s not surprising how familiar it all seemed. One of the halls, brutal and modernist in its design, was full of adapted pinball machines and automated mini-basketball games. High on a wall in was an incongruously classical oil painting with a gilt frame depicting a middle-aged white man in a jacket and tie and pocket square. With a beneficent and patriarchal smile he looked down on the laughing children experimenting with their trajectories.