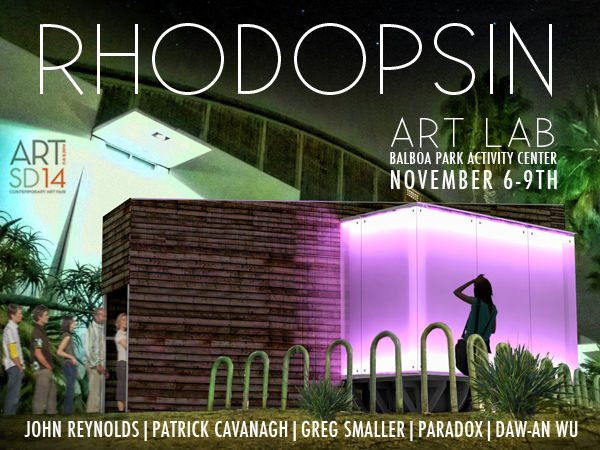 Although I was just passing through San Diego I pulled up an old introduction from my goto maven Sarah Caddick and called up neuroscientist John Reynolds. As my trip proceeds I’m learning that phoning people and seeing if they’re free for lunch is often more effective than contacting them months in advance for a meeting. We ate salmon and looked over the amazing Salk campus. It’s a blindingly beautiful and austere space and John showed me his ‘study’ which sits high up in a brushed concrete nook.

John’s been doing some very popular art science collaborations over the years, many of them through WSOHOIDPS (A SHIP IN THE WOODS), a San Diego based incubator hub. They have made some glorious large-scale public illusions which exploit exquisitely precise features of the visual system to generate surprising effects. For example they have used a particular flash of light to bleach the colour receptors in the retina producing a ghostly back and white afterimage of whatever is in front of you. The shows have been visited by tens of thousands and evoke a really unusual combination of wow! and how?