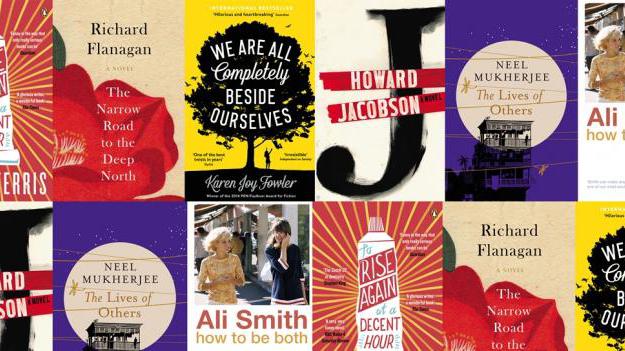 This year, I became the first scientist to judge the Man Booker

This step was greeted with some anxiety. The chasm between science and the arts seems, to some, to be unbridgeable. Although Richard Dawkins argues that science enhances rather than destroying the beauty of the world (and I agree), unfairly or not, Dawkins has become associated with a kind of extreme scientism – the notion that only a scientific account of the world is valid. This view has also characterised some of the recent incursions of, for example, neuroscience into aesthetics where, at its worst, the knowledge and practice of thousands of years of culture and hundreds of years of critical thought can be swept away by a “killer experiment” that reduces beauty, love or memory to an activity pattern on a brain scan.

This parody view underlines a certain suspicion of what can happen when science enters new territory and I know that some of my fellow Man Booker judges this year had that anxiety. I hope I proved them wrong.

Admittedly, I do have some arty strings to my bow. During and since my neuroscience research career I’ve been exploring the spaces and connections between the arts and sciences: at the Institute of Contemporary Arts (ICA), in my work at Wellcome Trust and now as Director of Science Gallery at King’s College London.

This was the year that the prize opened up to authors from any country writing in English. As a scientist, I found it difficult to be as exercised about the change as others. It’s only within the past 100 years that English has replaced German as the dominant language of science but throughout my career the national origin of the author has been irrelevant. After a hard day in the lab I’d often look round the table in the pub and find no two people from the same country.

In this sense, science often seems less parochial than other pursuits. And in any case the threatened American invasion failed to materialise. There was no formal “blinding” to the origin of the author (although as a literary outsider I did resist reading the biographies and blurbs). But in any case, once you find yourself submerged in the novel – that delicious loss of self which magically occurs, even when ploughing though book after book – any details outside the text fall away.

And yes, there were a lot of books (156). And yes we did read all of them. I have previously been a judge on the Aventis Prize (now theRoyal Society Winton Prize for Science Books). There the submitted books were divided among the judges so we had many fewer to read. And also, I found that I could tell much sooner whether a non-fiction fact-based book was any good.

For Man Booker, looking back over my reading notes I found I had scribbled “plain terrible writing” early on one book that later was a long-list contender. And right up to the final meetings we argued about whether the writing in a given book was “great writing” or not.

Scientific papers rarely address the question of what science is, because scientists rarely discuss their own practice (in contrast with, say, art school, where learning to describe your own work seems almost at the heart of the enterprise). The peer-reviewed scientific literature is formulaic in the extreme. Novels engage much more radically and sometimes explicitly with the notion of what a novel is. That’s partly why it often took so long to work out whether, even subjectively, a book was any good or not.

There was a lot of science in the books we read (I can claim no credit for that). I don’t know if it’s a growing trend, but it’s noticeable that novels are a significant element of the Wellcome Trust book prize shortlist. Two of the shortlisted Man Booker novels had scientific or medical themes at their heart. But to judge or read the Joshua Ferris you no more need to be a scientist than a sports fan: it’s a book about dentistry but also revolves around the fortunes of the Boston Red Sox. I was delighted to see so much cognitive science in the Karen Joy Fowler and chuckled at the reference to the BRCA2 DNA cycle path in the Ali Smith. But my enjoyment of Richard Flanagan’s winning book was not undermined by lack of familiarity with the death railway in World War II.

The kind of mental exhaustion I feel from having read a novel a day for six months is no different than that of my fellow judges. I did draw on some psychological principles in choosing to read them in physical copies rather than electronically – your encoding of memory is richer if it’s multi-sensory. But in the end, science is part of culture and the scientist is a reader like any other. Finding the best novel of 2014 is not a scientific business, but different perspectives should always be encouraged. Next year, let’s get an astrophysicist discussing the best novel of 2015.

Daniel Glaser does not work for, consult to, own shares in or receive funding from any company or organisation that would benefit from this article, and has no relevant affiliations.

This article was originally published on The Conversation. Read the original article.