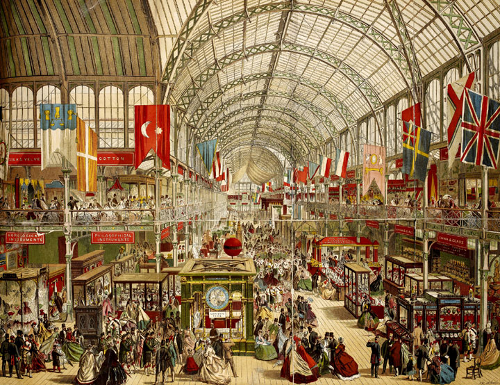 Was invited to comment on the UCL V&A announcement for the olympic park at Stratford Waterfront by the Evening Standard, and here’s the letter they published yesterday:

BEFORE the 1851 Great Exhibition, as before the 2012 olympics, naysayers worried about foreign pickpockets flooding the city, finances that didn’t add up, construction delays and  whether anyone would actually come. Both events turned out to be dramatic successes. Now with plans for a new “Albertopolis” in the east, the legacy of the Games has the potential to  emulate 1851 in promoting Britain’s status as a country of innovation.

A series of TEDx talks I hosted at the Albert Hall this autumn updated Prince Albert’s vision for Britain. Ideas described and bounced around included novel uses for seaweed; the first musical keyboard that spans digital and analogue; the educational value of the crossword puzzle; the challenge of antibiotic resistance. The plans for Stratford Waterfront  place academic research alongside world-class culture in exactly the configuration required to advance thinking of this kind. In this space where science and the arts collide, enterprises such as computer games  design thrive and Britain can be a global leader.