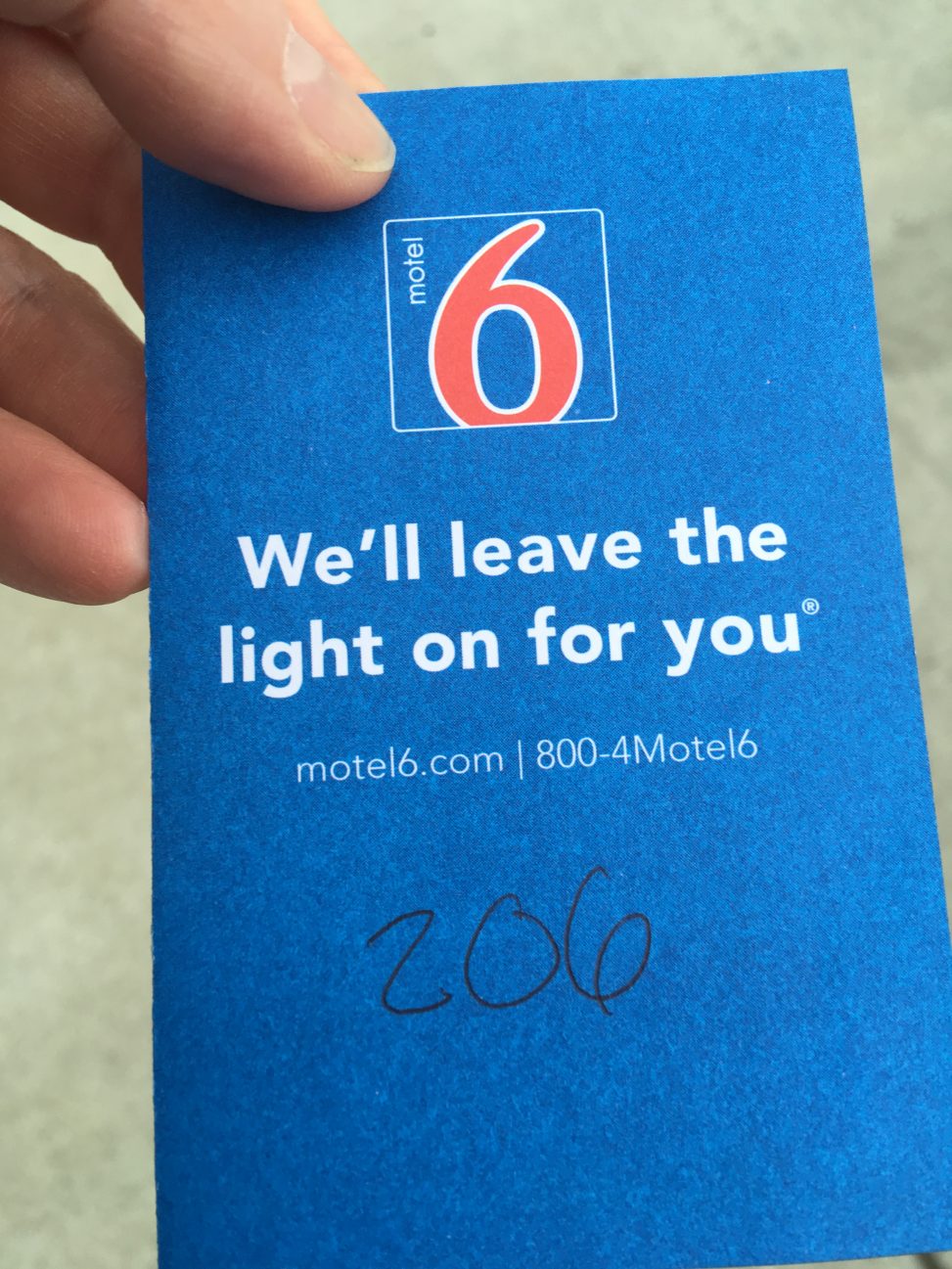 Heading north from Santa Barbara I substituted ‘go somewhere really cheap’ for ‘don’t decide where you’re staying’. I have no idea who wins when you find a place on booking.com and then reserve direct on the website of the hotel but it certainly feels better doing that then browsing in John Lewis and then buying on (default) Amazon. So I ended up in Motel 6, nearest cheapspot to Hearst Castle, which I am sure is no worse than any of its shabby rivals.

Room was functional and location good apart from having to walk across the freeway to get to the beach. It’s extraordinary the size of the driftwood on this coast. Whole trees in various stages of desiccation. I’m still not used to the seals bobbing along in the shallow water like unbelievably casual humans. And I had a successful singing duel with an entire pond of frogs.

Night was interrupted by repeated, banal, full-volume shouting matches from the room next door. Is it schadenfreude that energises the bellowing of imbecile drunks? I resolved to wake them early with heartfelt singing in my jet-lagged 6am shower but they had stolen a march and slammed their door vigorously at 5:30, setting off early to terrorise another district.