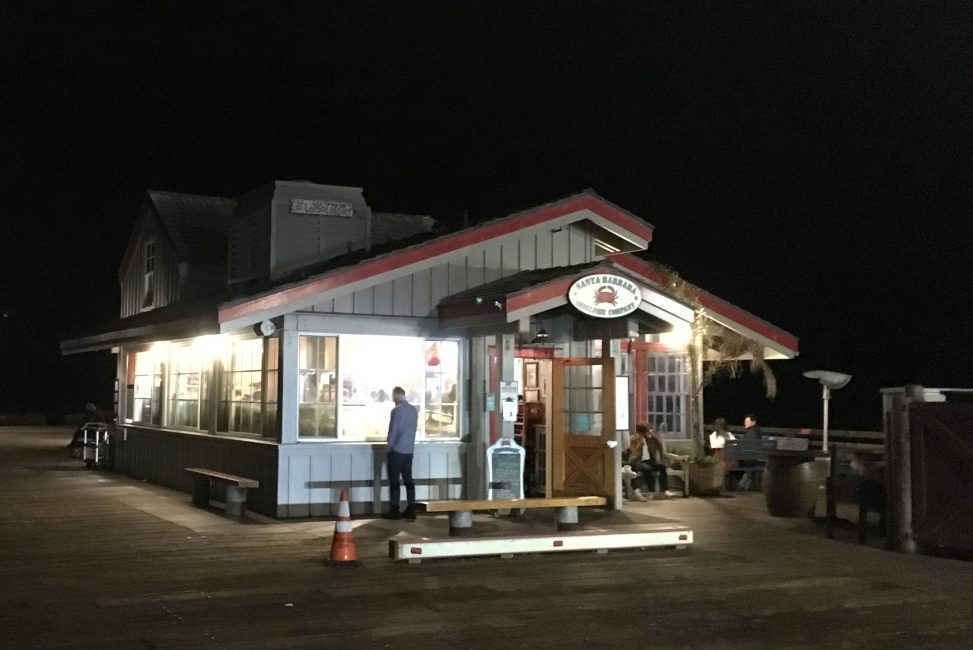 Heading out from LA I decided to do the drive ‘without having a place to stay thing’. I had an indifferent Thai green curry in Ventura and then settled down with a double espresso across from this cinema to plot.

I later discovered that it was alumni weekend in Santa Barbara but there was nothing for less than $300. On a whim I set the satnav for a hip hostel in the ‘funk zone’ which said it was full online. On arrival I got the last bed in a five man dorm (complete with faux fur throw, a giant giraffe and a colour coded hardback book library). I’ll draw a veil over the subsequent night of snoring and farting but suffice to say there are some elements of my first gap year I won’t be revisiting again.

Nightmare sleep zone aside, I found Santa Barbara by night to be absolutely charming. Live music in the courtyards of the wine warehouses, fabulous wooden pier with outstanding fish tacos in the shack right at the end and State Street with a dozen bands including some pretty decent trad jazz and mind-freezing ice cream to finish.