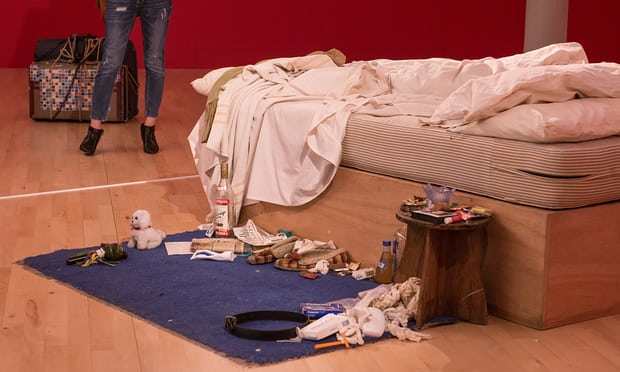 How the brain knows where we are in bed

How do you find what you want in the dark if your bed is as messy as Tracey Emin’s?

Tracey Emin has recreated her notorious 1998 artwork My Bed for a new exhibition at Tate Liverpool. Your bed might not be quite as messy as Tracey’s, but most people would admit to accumulating some level of clutter around their mattress.

Even in the dark, grabbing a glass of water, a pair of socks or a packet of condoms is surprisingly easy. How do your hands know where to reach when you can barely see a thing?

The answer lies in a part of the brain called the parietal cortex, which contains lots of different virtual maps of your current location. Each one is centred on different parts of the body or the space you’re in – it’s the brain’s way of understanding the world at your fingertips, around your head, and on the other side of the room.

As you toss and turn at night, the mind adapts its ‘virtual map’ of your bed relative to your sleeping position. It’s a little like when you tap the red compass on Google maps on your phone, and the map swivels around to fit your location. This means when you wake up you aren’t totally disorientated, and can easily find what you need – even if, like Emin, there’s also lots of stuff you want to avoid.

Photo credit: How do your hands know where to reach?: Tracey Emin’s recreated My Bed. Photograph: Richard Stonehouse/Getty Images