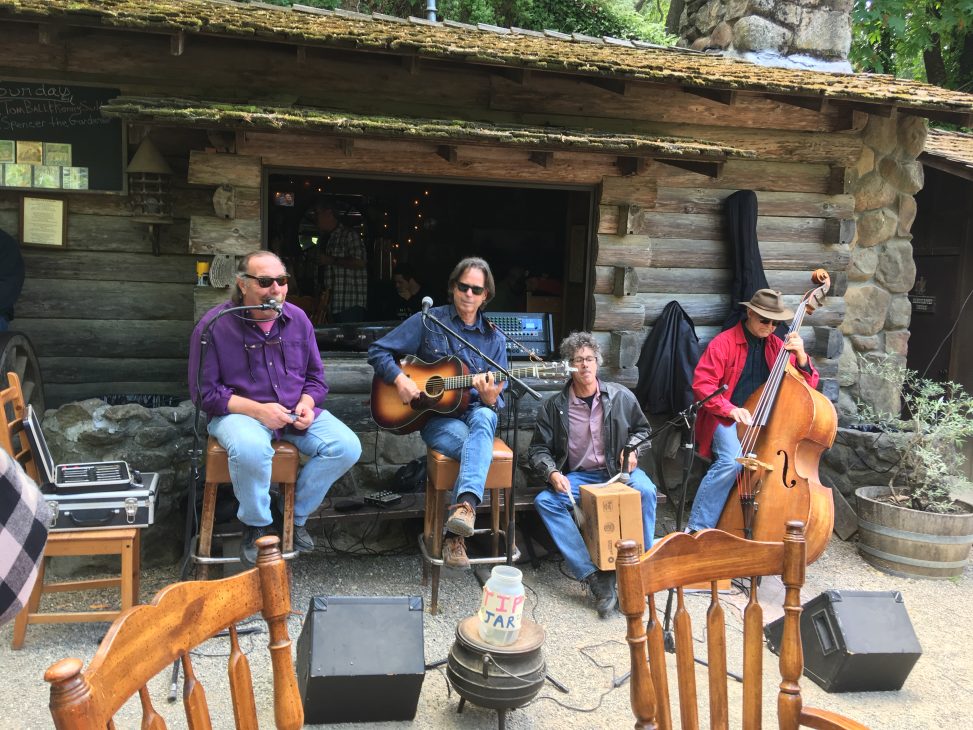 Another advantage of a very lightly timetabled journey is that you can respond immediately to random suggestions. One of the LA Salon participants, on hearing that I was heading north sent me a link to an 1860s watering hole called the Cold Spring Tavern, up in the mountains.

So I put the wagon stop into the satnav and headed out of Santa Barbara. A massive flashing sign on the way out of town promised ‘dense fog’ and advised ‘extreme caution’ and I ignored it and so found myself driving at implausibly slow speed at the head of a queue of gung-ho lunatics desperate to plunge into the impenetrable mist in front of me. I felt mildly vindicated when we came upon a massive SUV sitting motionless at right angles to the traffic in the middle of the road. Just sitting.

I emerged from the cloud and descended a winding road through the hills. For the final half mile there were pickup trucks and sports cars parked on the verge on both sides and I began to realise I had stumbled on something big. The tavern is a collection of three original wooden shacks with a barbecue by the creek on a steep wooded hillside. The Harley Davidson crew were all standing around along with a lot of scary looking locals. A smattering of tourists tapped their feet awkwardly. I ate the biggest onion ring I have ever held. And the band played.

(They were good ol’ boys from the area and the blues felt very authentic. I’m not sure if the experience was enhanced or undermined by chatting with the harmonica player in a break. When he heard I was from London he replied that last time they were there they played the Barbican Centre.)